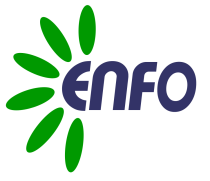 The effects of climate change are already occurring in all continents and across the oceans, and the world, for the most part, is ill-prepared for their risks, says a United Nations report issued today, which also warns that while action can be taken, managing the phenomenons impacts will be difficult on a rapidly warming planet.

The report, Climate Change 2014: Impacts, Adaptation, and Vulnerability, from Working Group II of the Intergovernmental Panel on Climate Change (IPCC), details the impacts of climate change to date, the future risks from a changing climate, and the opportunities for effective action to reduce risks. The survey was released on 31st March in Yokohama, Japan.

The report, the Nobel-Prize winning’s IPCC’s fifth such assessment, concludes that responding to climate change involves making choices about risks in a changing world. The nature of the risks of climate change is increasingly clear, though the phenomenon will also continue to produce surprises.

It identifies vulnerable people, industries, and ecosystems around the world and finds that risk from a changing climate comes from vulnerability (lack of preparedness) and exposure (people or assets in harm’s way) overlapping with hazards (triggering climate events or trends).

Welcoming the IPCC’s findings, UN Secretary-General Ban Ki-moon said the report confirms that the effects of human-caused climate change are already widespread and consequential, affecting agriculture, human health, ecosystems on land and in the oceans, water supplies, and some industries.

The full artilce and report is available on the UN News Centre website.

Please update to a newer browser to use this menu