The level of recycling of municipal waste continues to grow from year to year in Ireland with almost all households and businesses now using a green bin. However, the organic recycling rate is still low and there is much room for continued improvement. This can be seen in the chart on the right (EEA, 2013).

The table below gives the figures for non-hazardous municipal waste streams recovered in Ireland in 2010 and 2011. 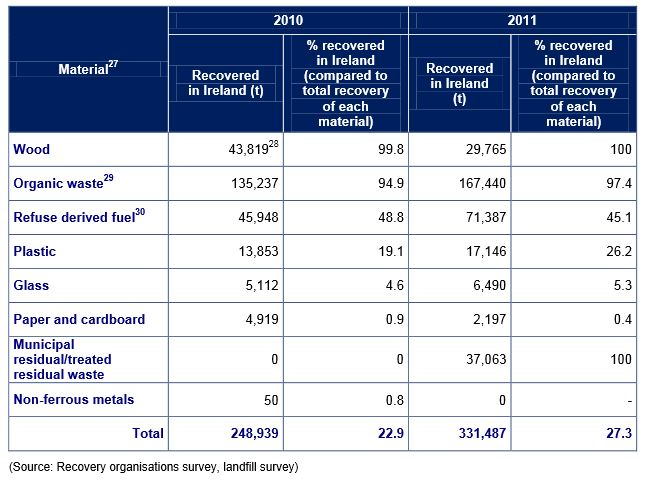 Previous - Other Types of Waste
Next - Infrastructure