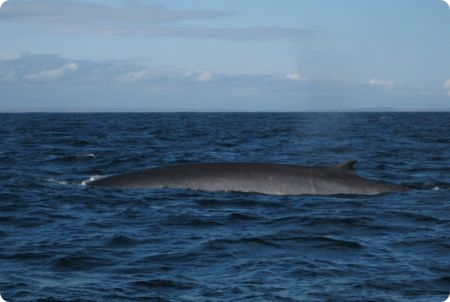 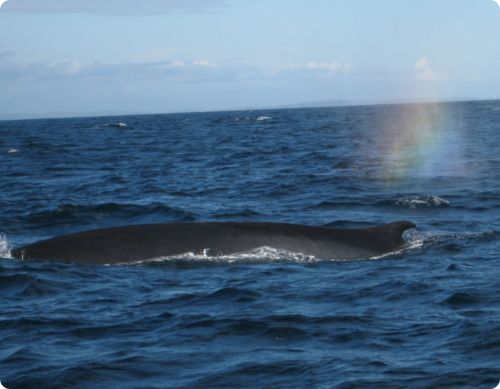 The fin whale is the second largest living animal on the planet, the blue whale being the largest. 70-80 feet in length, the blow of the fin whale is impressive, reaching 20 feet and making the fin whale visible from quite a distance on a calm day. This species is commonly sited off the coast of West Cork. The whale in this photo was one of a group of 3-4 which included at least one calf. A single calf is born every 2-3 years and the IWDG considers the resumption of commercial whaling to be the biggest single threat to the conservation of this species: the global population has suffered great losses in the past from commercial whaling. Depletion of fish stocks is also a concern however. For more information, go to www.iwdg.ie.