Louth has a protected, internationally important coastline with an abundance of wildlife, geological features and impressive landscapes. It stretches from the Carlingford Lough to the Boyne Estuary at Mornington. 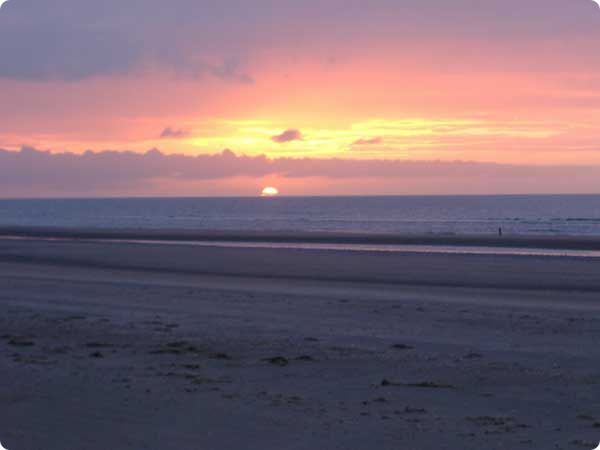 The coastline that wraps around the fishing village of Clogherhead is high and rocky. Indeed, the village owes its name to the geological characteristics of the area, as the Irish Ceann Chlochair translates to ‘Rock Head’.

The headland itself has many exposed rock outcrops where the various strata that make up the rock can be observed. They are also excellent visual examples of the influence of the earth’s tectonic plate movements as many of the rock strata have been turned from their original horizontal positions, to vertical positions.

Just a few miles north of Clogherhead lies Port Lurganboy Blue Flag Beach. Its remote, tranquil environment encompasses deep sandy shores, mature dunes, dramatic views of the Mourne Mountains in Co. Down and a wide variety of flora. The rare Marsh Orchid has been recorded along this coastline.

A second Blue Flag Beach in Louth is Templeton Beach in Carlingford, just north of Dundalk.