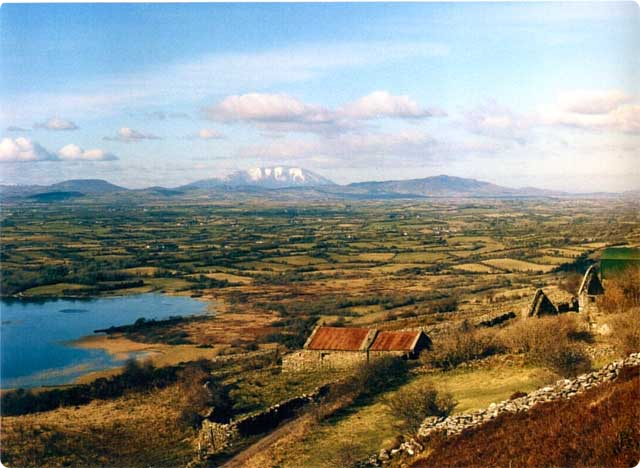 Co. Mayo lies along the west coast in the province of Connacht and is one of the largest counties in Ireland. It is bordered by Co. Sligo to the north-east, Co. Roscommon to the east, and Co. Galway to the South. Castlebar is the County Town. †

Mayo Peace Park in Castlebar is a valuable historical educational genealogical amenity. It was opened by the President of Ireland Mary Mc Alesee on October the 7th 2008 and is a memorial to all the men and women of Co. Mayo who have lost there life in conflict from the last century to the present day. It especially remembers Irish Army soldiers who have served and died in UN Operations.

There is a wealth of natural, undisturbed environments in Co. Mayo where plants can flourish and animals can forage and find shelter. It is no surprise that a huge number of sites in Mayo are protected as Special Areas of Conservation (SACs), Special Protection Areas (SPAs) and Natural Heritage Areas (NHAs).

Oldhead Woodland, close to Clew Bay, is an excellent example of Atlantic oakwood. This SAC is dominated in parts by Sessile Oak and elsewhere by Downy Birch. Other trees include rowan and Rusty Willow, and there is thick carpet of plant life on the woodland floor as well as an abundance of nesting birds such as chiffchaff, redstart, nightjar, flycatcher.

A series of podcasts by Sinťad McClure on Mayo’s Heritage can be downloaded from podcast.ie.