There are many small rivers criss-crossing through the Meath countryside, such as the Inny, Delvin, and Broadmeadow. One of the principal rivers in Meath is the Boyne. 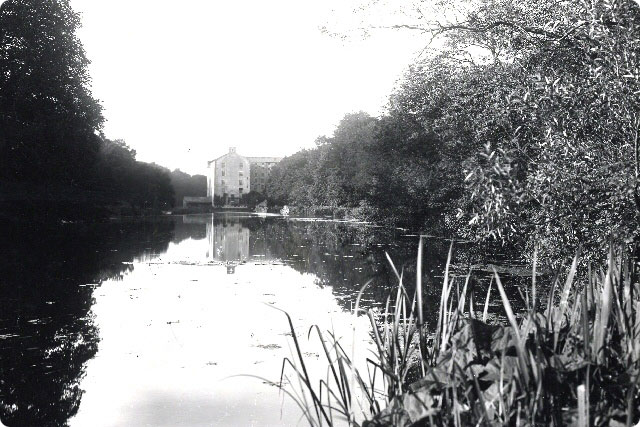 The Boyne at Navan
By permission of Meath County Library

The Boyne & The Blackwater

The Boyne rises in Co. Kildare, making its way along a 70 mile course to the Irish Sea through its estuarine channel between Mornington in Co. Meath and Baltray in Co. Louth. It is famous for its stocks of wild trout and salmon, and indeed there is a mythical association of salmon with the Boyne that stretches back to the legend of Fionn mac Cumhail and the Salmon of Knowledge. The river is also well remembered for one of the most decisive battles in Irish History, The Battle of the Boyne (1690).

The River Blackwater is the largest tributary of River Boyne, which originates at Lough Ramor in Co. Cavan, and flows passed Kells to join the Boyne at Navan. Together they form part of a Special Area of Conservation (SAC) due to the presence of alkaline fen and alluvial woodland habitats, listed on the EU Habitats Directive, and the populations of Atlantic Salmon, otter and River Lamprey. These species are protected under Annex II the same directive.

Communities of sedges and grasses dominate the banks of the Boyne and Blackwater. The areas of alkaline fen are fringed with Common Reed and Common Club-rush. The underlying carboniferous limestone results in lime-rich springs amongst the hummocks and hollows of the fen area. There are also many plants growing in the area that have a limited distribution in Ireland, including Marsh Orchid, cowbane, and frogbit. Of particular note is the very rare plant Round-leaved Wintergreen which occurs at Newtown Lough and is the only known area in Meath where it is found.

The large areas of alluvial woodland that stretch along the upper slopes of Boyne’s floodplain provide a sheltered, undisturbed habitat for many animals. Stoat and Red squirrel are two examples, but there are many more listed in the Irish Red Data Book: Irish Hare, Common Frog, badger, pine marten. A regular population of wintering Whooper Swans occurs along both the Boyne and the Blackwater, especially near Newgrange and Slane. 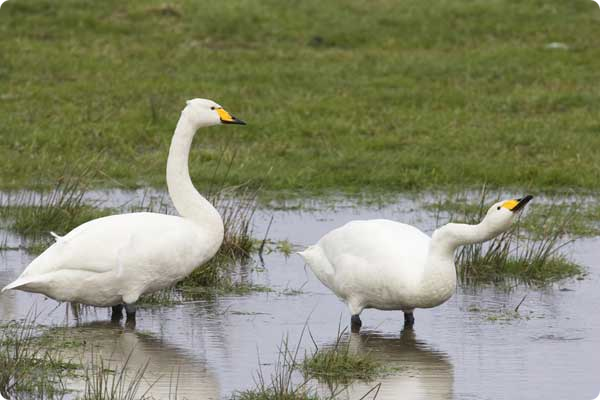 Previous - Coast
Next - The Nanny