The Aringa Mountains lie in the north of Co. Roscommon, close to the first lake on the River Shannon, Lough Allen. These mountains have a long association with the mining industry that dates back to the 1600s when Charles Coote established an iron works in the area. These original iron works were closed in 1833, but coal continued to be mined to help supply fuel to the province of Connacht. The mines were closed down in 1990, and in April 2003 Ireland’s first Coal Mining Museum was opened at the site – The Arigna Mining Experience. 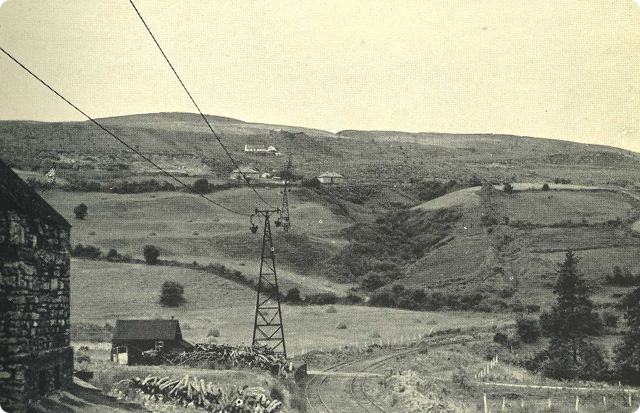 The upland area of Kilronan Mountain is mainly comprised of blanket bog and was designated as a Natural Heritage Area in 2005 (excluding the area surrounding the wind farm). Typical blanket bog vegetation occurs on the site, including Purple Moor-grass, Ling Heather, cottongrass and Bog Asphodel. Of note is the occurrence of cranberry, which is a species that is generally associated with raised bogs. A small lake on the site also supports the Yellow Water-lily species.

Mining was not for the faint of heart. It was back-breaking work, and often dangerous. Before they even began their day's work, miners could have to walk up to three miles underground until they reached the coalface.

Mined coal was transferred to the railway by horse and cart. This method was used until the 1930s.

This photo gives us some idea as to what working in the mines was like. Conditions were cramped and dark. Timber props were used to keep the mountain from collapsing on the miners. When the coal from a particular section was completely removed, the props would no longer be able to support the great weight of the mountain and would often finally collapse.