Deerpark Court Tomb:
Court tombs are amongst the oldest Neolithic structures in Ireland and Deerpark Court Tomb is regarded as one of finest surviving examples of a central court tomb. It is located on top of limestone ridge overlooking Lough Gill, consists of three connecting chambers and measures 30m.

Knocknashee:
The legendary Knocknashee near Tubbercurry is known as the ‘Hill of the Fairies’. This limestone table-top plateau overlooks Connacht and the evidence suggests that it was a regional centre at the end of the Bronze Age c. 1000BC. The name of the plateau itself comes from Irish, ‘knock’ (cnoc) meaning ‘hill’ and ‘shee’ (sí) meaning ‘fairy’. 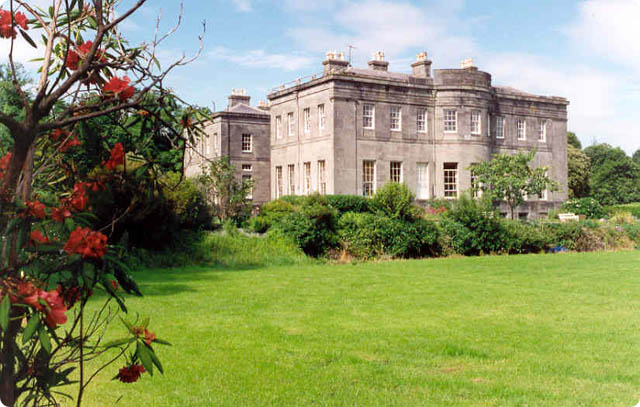 Lissadell House & Gardens:
Lissadell House was built in the 1830s and was home to the Gore-Booth family. Eva Gore-Booth and her sister Constance Markievicz are well known names in Ireland: Eva for her literary output, and Constance for her involvement in the nationalist movement in the early 20th century. A full article on Lissadell House and the Gore-Booth sisters is available to read in the Big Houses of Ireland section of the website. Today, a Countess Markievicz Exhibition is on display at Lissadell, where visitors can also enjoy the Victorian kitchen garden and Alpine gardens by the sea.

Yeats’ grave:
Irish poet W.B. Yeats is buried in the graveyard of St. Columba’s Church, Drumcliffe Co. Sligo. Although he died in Roquebrune-Cap-Martin in France, his remains were brought back to Sligo as he had requested, “ under bare Ben Bulben's head in Drumcliff churchyard ".