Co. Waterford takes its name from its main city, which was founded by Viking traders in 914. The name ‘Waterford’ originates from Old Norse and means ‘windy fjord’.

The Suir Valley and the Knockmealdown Mountains link Waterford to Tipperary. The county is also bordered by Cork to the west, Kilkenny to the north and Wexford to the east. 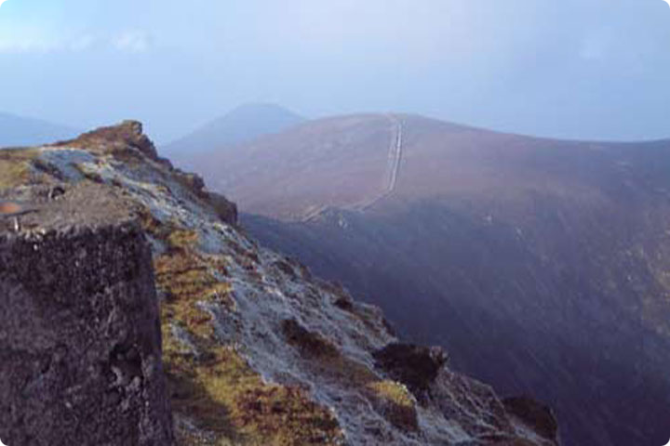 The landscape of Co. Waterford encompasses a variety of environments, from the uplands of the Comeraghs and Knockmealdowns to the coastal cliffs, long sandy beaches, native woodlands and river valleys. These diverse habitats support a wide range of flora and fauna, including some very rare species of e.g. Common River Snail, Carpenter Bumble Bee. Of the 28 recorded species of butterfly in Waterford, Purple Hairstreak, Small Blue and Brimstone are the more unusual amongst them. Also, the declining Mud Pond Snail is only known to occur in three counties in Ireland: Wexford, Cork and Waterford.

Previous - Features of Tipperary
Next - Coast