The Comeragh Mountains and the Nier Valley form the backbone of County Waterford. The Comeraghs consists of a plateau of Old Red Sandstone with a series of corries, blanket bog, heath, upland grassland, and streams. This diversity of habitats supports many different flora species, as well as some Red Data Book animals. 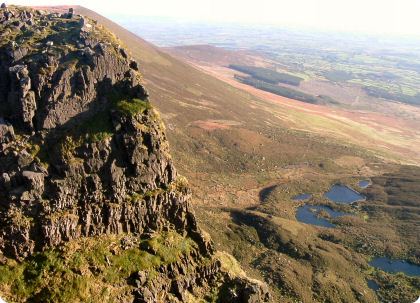 Coumshingaun Lough is one of the best examples of a corrie in Ireland. It has unusually clear water for a corrie and contains stonewort and Bog Pondweed. Other corries on the Comeraghs are the Sgilloge Loughs, the Coum Iathar Loughs and Crotty’s Lough. 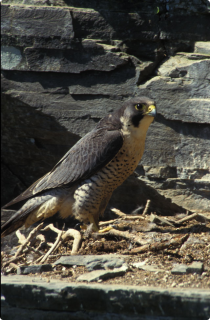 There is a large area of blanket bog covering the central plateau of the Comeraghs. It is an important peatland as it is actively growing. This is a very rare habitat and makes it of particular conservation value. In parts, the peat is up to two metres deep and has a strong community of cottongrass, deergrass, heathers and mosses. Apart from supporting the bogland flora, peatlands also act as carbon sinks.

Peregrine Falcons, protected under the EU Birds Directive, and ravens both use the Comeraghs as a breeding site, and Hen Harriers and Irish Hares have also been recorded on the mountain slopes. The Irish Hare is listed as a Red Data Book species.