Co. Wexford is famous for the miles of unspoiled golden beaches that stretch along its coastline. Courtown, Morriscastle (‘Golden Mile’), Rosslare and Curracloe beaches have all been successful in retaining the Blue Flag, which is an EU standard of excellence award. They are a popular holiday destination, but also have many features of environmental interest e.g. one of the best examples of a barrier coastline in Ireland is along the south west coast of Wexford. 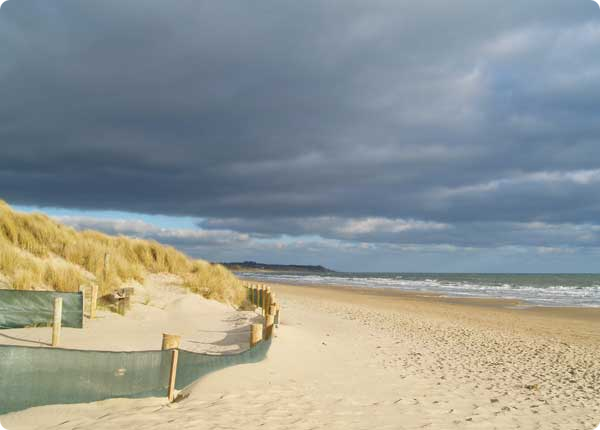 The Ballinesker Beach area is an example of Co. Wexford’s rich natural heritage. Its name comes from the word ‘esker’ (or Irish ‘eiscir’), which is a long, narrow ridge of gravel and sand deposited by melt-water streams that flowed under a glacier. As the glacier melted and retreated, its load was left behind clearly marking its paths. 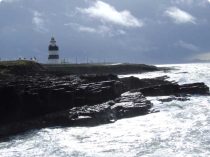 The rock type at Ballinesker is a dark grey limestone, formed about 300 million years ago on the sea-bed, and is abundant with fossils. Some of this limestone is exposed at Hook Head where fossils such as early sea lilies can be closely observed.

Ballinesker is very popular for bird-watching as it is part of the nature protection area of the Wexford Slobs and Harbour. There is also a plentiful supply of sea-shells on the fine sandy beach, for example common mussel, horse mussel, razor-shells, trough shells and native oyster. The film ‘Saving Private Ryan’ was filmed on Ballinesker and Curracloe beaches in 1997.

The area around Morriscastle was formed during the last Ice Age as a glacier moving southwards pushed through the land at Morriscastle. When it melted, the glacier’s load of sands and silts deposited in the area and the soft cliffs that dress the shoreline were formed. Despite the line of granite mountains that run from Dublin to Waterford, the Morriscastle area is not based on granite but on Cahore Group greywacke. This is a local rock type that was formed from sediment particles that cemented together on the sea floor over 550 million years ago. The best examples of this rock can be seen at Cahore Point.

Just west of Ballinesker is one Duncannon Beach, which has held the Blue Flag award since 1987. 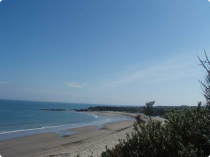