Riverchapel lies 1km inland from the coast of Co. Wexford and is one of Ireland’s most popular tourist destinations. In 1991, the parish of Riverchapel-Courtown Harbour was formed as the increased population of the Ballygarrett parish led the villages of Riverchapel and Courtown to merge. The new parish consists of most of the medieval parish of Ardamine, with parts of Kiltennell, Killenagh and Donaghmore. 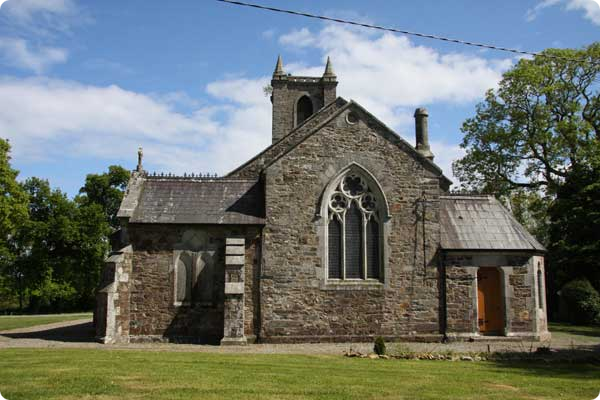 What started life as a small community beside the Ownavorrah River in the 1700s, Courtown soon developed into a port town when Courtown Harbour was built in 1824. By 1851 there were fifty-eight families living in Courtown and seventy-two in Riverchapel. Then in the 1860s, thanks to the arrival of the railway from Dublin to Gorey and the southeast, the area was transformed into a tourist resort.

The outbreak of World War I saw the decline of Courtown Harbour as a viable trading port and in 1953 the post of Harbour Master was abolished. However, if it declined as a port it remained a Mecca for holiday makers, attracted by its long sandy beaches and proximity to Dublin. In 1977 Marfield House, originally home to the Stopford family, was sold to the Irish Tourist Board to become a prestigious hotel.
Work began on the widely used modern marina in 1981. In addition to sailing, there are clubs catering for a variety of interests from Gaelic games, soccer and golf, to drama and shooting. A once important port town has been transformed into a relaxing leisure area for tourists and locals alike.