The Saltee Islands are located just off the coast of Kilmore Quay, Co. Wexford. They consist of two islands, the Great and Little Saltee, and together are considered one the of the major bird sanctuaries of the world. 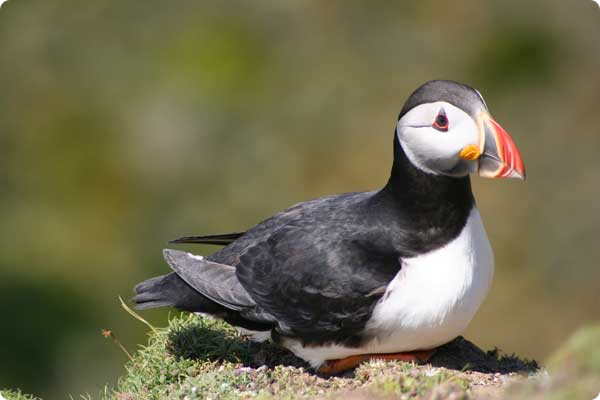 Puffin
Courtesy of the EPA

The Saltees are located along major migratory paths, so provide an area of rest for spring and autumn migrants. During the summer time, the islands are inhabited by a remarkable 50,000 sea-birds and the cliffs are alive with activity. Some of the rarer breeds on the Saltees’ cliff ledges include herring gulls, guillemots, razor bills and cormorants. One of the most magnificent sights is the cluster of puffins that nest on the islands. The Great Saltee is also an important breeding ground for Grey Seals.

The Saltee Islands were formed from bedrock over 600 million years ago. As well as the impressive array of birds that inhabit the Saltees, they are also of much historical interest. Archaeological evidence shows that the islands were settled by Neolithic man, and were also used by pirates and smugglers from 1500-1800.