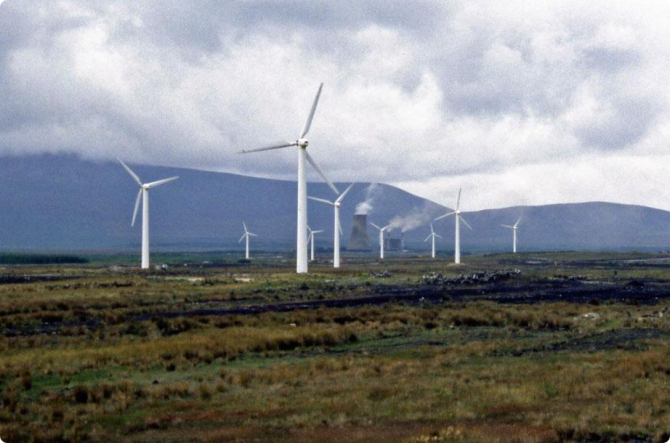 Wind Power
Copyright the Department of the Environment, Heritage and Local Government

Wind energy production has increased in Ireland over the last two decades or so, with important environmental, economic and social impacts.

Previous - Peatlands - Ireland
Next - Energy Use and Security in Ireland