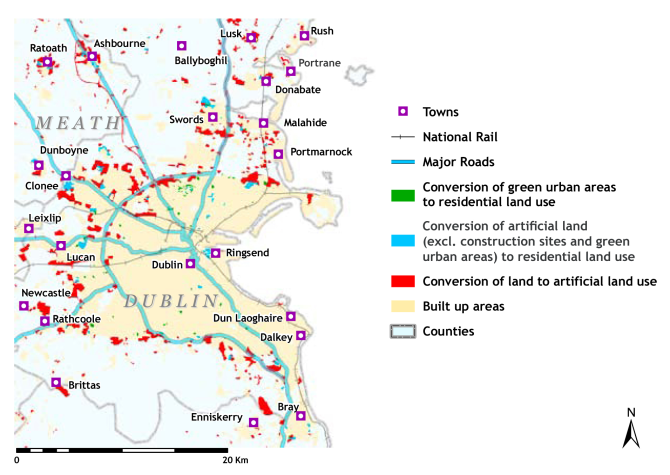 Over the course of the 20th century Ireland’s population changed from being two thirds rural/one third urban to the opposite position, with most people living in towns or cities. Our larger towns are on the coast and so some 80% of the population are concentrated in 15 coastal counties.

In recent years more and more people are commuting considerable distances from dormitory towns to the cities. This has a significant effect on the environment, with increased transport emissions of greenhouse gases and other pollutants.

Nonetheless, the increase in paved areas generates greater surface water runoff when it rains and this, combined with the development of housing on river floodplains, has given rise to increased flooding in the recent past. Allied to that, the influx of people to urban areas served by a sewerage system has not always been matched by an upgrading of the sewage treatment capacity, with consequent effects on receiving water quality.