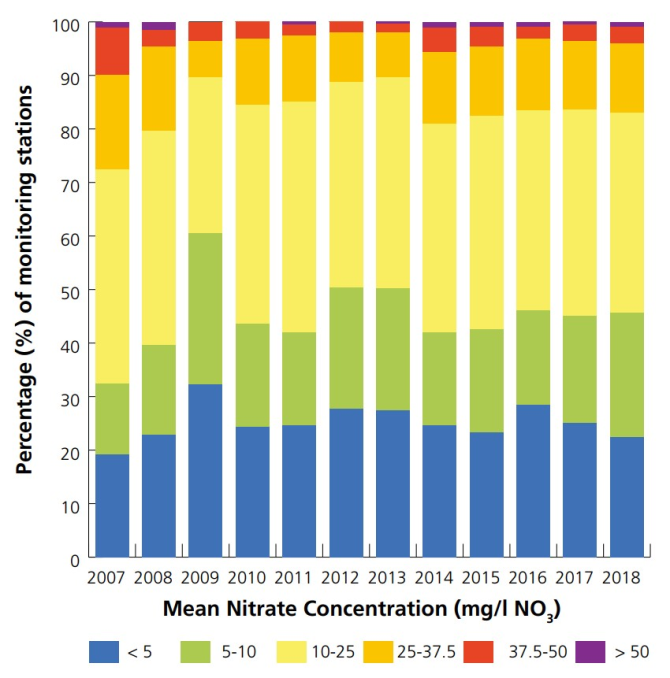 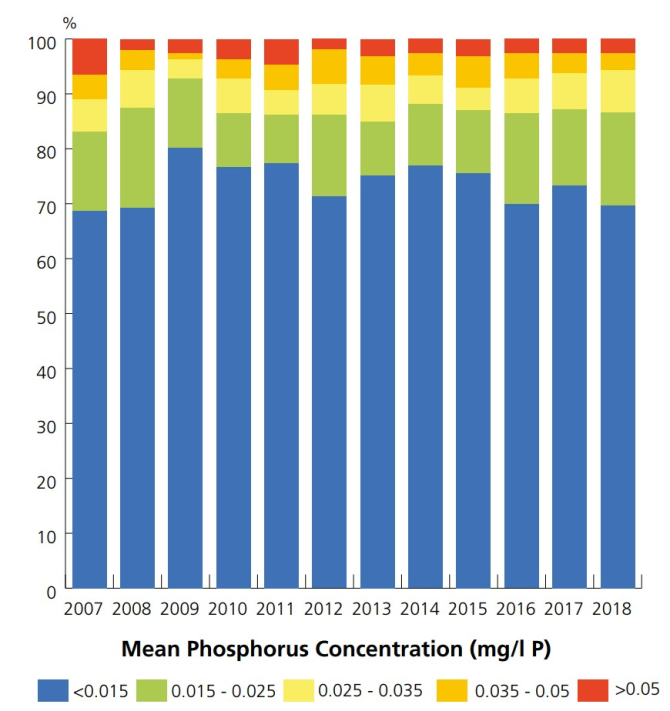 Of the 14 monitoring locations with average concentrations above the phosphorus threshold value (0.035 mg/l P), five had concentrations greater than 0.05 mg/l P (Map 6.3). The river catchments associated with these monitoring locations have greater potential for groundwater to be contributing phosphorus to rivers, such that it would also cause an exceedance of the river EQS. Therefore, management measures should also consider the groundwater pathway in these river catchments (EPA, 2019).