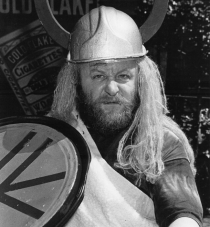 In this section you will go back in time to see what Cork was like in the 8th Century (700's) to the 10th Century (900's) at the time of the Christian Monks and the Vikings.

Site of Ancient Monastery in Cork
Copyright Cork City Libraries
The first people we know of that definitely lived in Cork were the monks in an ancient monastery there.

In the 7th and 8th centuries, there was no city, just some marshy islands on the River Lee. There were no bridges in Cork in 600AD and 700AD, so people had to find a shallow part of the river to walk or ride across. This shallow part was called a 'ford.'

The Celtic monastery was built on raised ground on the south-west bank of the River Lee. The monastery was called after St. Fin Barre, who is supposed to have founded it.

So little is known about St. Fin Barre, however, that some historians think he may not have existed at all!

Even though we cannot say for certain if St. Fin Barre founded this monastery we know from the stories that are told that some holy person definitely founded it.

That monastery was the beginning of Cork city.

Can you find the Monastery on the map?

Can you find the Monastery on the map?

We know what early Christian monasteries looked like because there are some ruins left behind.We can imagine what monasteries in Cork looked like from looking at ruins elsewhere. 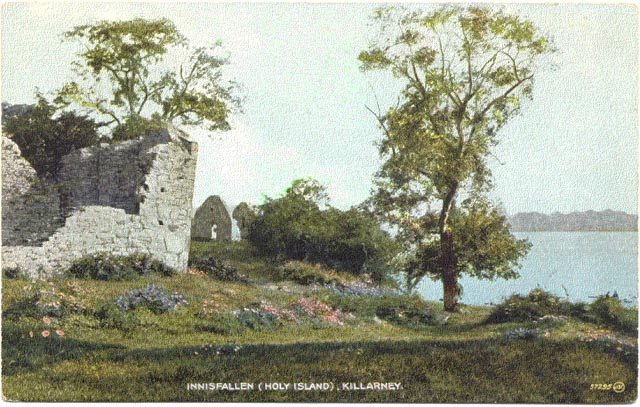 The image above shows some of the ruins of the early Christian site on Innisfallen Island near Killarney, Co. Kerry. It was founded in the 6th Century by St. Finian, making the settlement slightly older than St. Finbarre's in Cork.

In those days Irish monasteries were often built in isolated places so that monks would not be distracted from their lives of prayer.

Are you aware of any monasteries or famous saints that once lived in your area?