Since the start of the industrial age, the Earth has been experiencing rising temperatures. This has mainly been due to a rise in greenhouse gas (GHG) emissions from buring fossil fuels, deforestation, intensification of industry, etc. While GHGs, such as carbon dioxide, are part of a natural cycle of life on Earth, it is the sharp increase in such GHGs that is a major cause of concern with regards to climate change.

This section introduces the natural carbon cycle, the greenhouse effect, GHGs and how they affect our climate.

There are a number of natural cycles within the overall exchange, including the cycle between plants and animals with the atmosphere through the natural processes of respiration and photosynthesis. Similarly the surface of the oceans continually exchange carbon with the atmosphere on a cyclical basis and carbon is continually cycled between the deep and surface oceans. 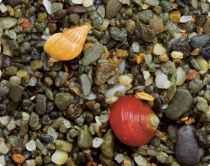 The main natural “sources” of carbon include:

The main natural “sinks” of carbon include:

Humans have always contributed to the carbon cycle through minor emissions to the atmosphere (through respiration, fires, etc) but in the19th century with the widespread use of combustion to generate heat and power and the onset of industrial times, the influence of human activity became significantly more profound. The carbon that had been naturally stored in fossil fuels for millions of years was now used for combustion to generate electricity leading to a significant increase in the volume of CO2 emitted to the atmosphere. 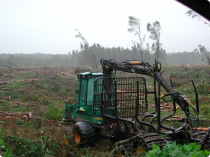 In addition, land use change led to the removal of forests and other green areas, eliminating these natural sinks and exacerbating the problems caused by increased emissions.

The large scale combustion of fossil fuels with no corresponding sink to balance these emissions has continued and worsened to this day, leading to global atmospheric CO2 concentrations of 397 ppm in 2013 at Mauna Loa: that is a 40% increase on pre-industrial times (IPCC, 2013).

This human influence has led to a dramatic shift in the natural carbon cycle, whereby emissions to the atmosphere cannot be effectively balanced through the existing sinks. This is primarily due to ongoing deforestation and other land use issues.

Around 10 Gigatonnes of carbon, as carbon dioxide, are added to the atmosphere each year. Action on climate change is required immediately to both reduce emissions from fossil fuels and to increase natural sinks such as forests to redress the balance and stabilise the carbon cycle.