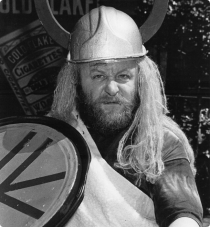 During early Christian Ireland many of the monasteries were often attacked by different groups. The Irish sometimes raided monasteries looking for treasures. However, the problem worsened for the monasteries in the eight century when the Vikings or Norsemen from Scandinavia began to raid Ireland. They were feared by everyone because they killed anyone who got in their way or took them as slaves. 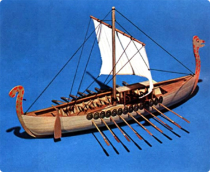 In 795 AD Viking longships began to raid various places in Ireland. At first they attacked the monasteries along the coast and later they raided inland. The Vikings were great experts at building boats which were used for long journeys. Some of their longships have been found underwater in places like Roskilde in Denmark .

Next - Viking traders and craftsmen