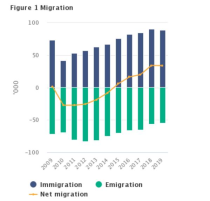 Groups of people such as the Riata, Laigin and Cruthin originally inhabited the country of Ireland for over 9,000 years. Changes in migration patterns saw new inhabitants move in and dominate the land over the last 1,200 years. These inhabitants have included the Vikings, Normans, Welsh, Scots, English, Eastern Europeans, Africans, and South Americans. To date, Dublin is known for its diversity as it contains many immigrant communities such as Polish, Lithuanian, British, Latvian and Nigerian communities. Ireland's diversity predominantly comes from European decent. Celtic and Gaelic culture and tradition still remain strong in their influence on Irish culture.

A recent demographic study conducted by the Central Statistics office on migration and diversity in Ireland showed that Non-Irish nationals were almost evenly split by gender and that nearly half of all non-Irish nationals were at work force age (between 25 and 42). The assessment of such demographics can indicate the reasons behind migration patterns (e.g. lack of employment, war, climate change etc.) as well as provide projections on what these changes in population diversity, distribution and size can mean for the society and economy in Ireland. For further details on this study please see here. 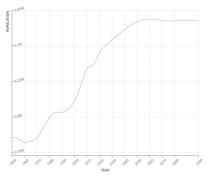