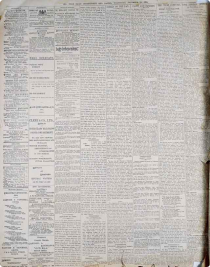 The end of the Boer War (1899-1902) extended British control in southern Africa. In Europe tension between Britain and Germany was expressed in a developing arms race, and competition over the building of newer and larger battleships. Increased tension in the Balkans led to several conflicts. It was a period of economic prosperity in the United States and Europe. Unionisation and demands for better conditions for workers caused social tensions. The development of flight followed the Wright Brothers first success in 1903. The decade saw the emergence of film as an art form, and the beginnings of Modernism in painting and literature.

The first decade of the twentieth century saw Ireland as very much a part of the British Empire, ruled by the aging Queen Victoria. Cultural Nationalism, however, had a dominant place in Irish life, especially in areas of literature, drama and sport. This movement gained great impetus in the 1880s and 1890s with the establishment of a range of societies, paving the way for a cultural revival. The Gaelic Athletic Association was founded in 1884 for the preservation and cultivation of the national games, particularly hurling, football and handball. The Irish National Literary Society was established in 1892 by W.B. Yeats and Douglas Hyde to revive and preserve old Irish customs and culture, and to develop an Anglo-Irish literature. The following year, 1893, the Gaelic League was formed with the aim of reviving Irish and preserving it as a spoken language. The Irish Literary Theatre Society (later the Abbey Theatre) was set up in 1898 by W.B. Yeats, Lady Gregory and Edward Martyn, staging plays in English and in Irish, and encouraging new playrights. In this way, the roots of cultural revival go back to the late 19th century, but it was to blossom in the first decades of the 20th century. 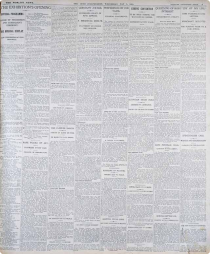 1904 (27 December) The Abbey Theatre (formerly the Irish Literary Theatre) opened with performances of Lady Gregory's Spreading the news and W.B. Yeats On Baile's strand. It occupied the premises of the Mechanics' Institute in Abbey Street.

1907 (17 May) International Exhibition opens in Dublin.