Who gained what from the plantation? 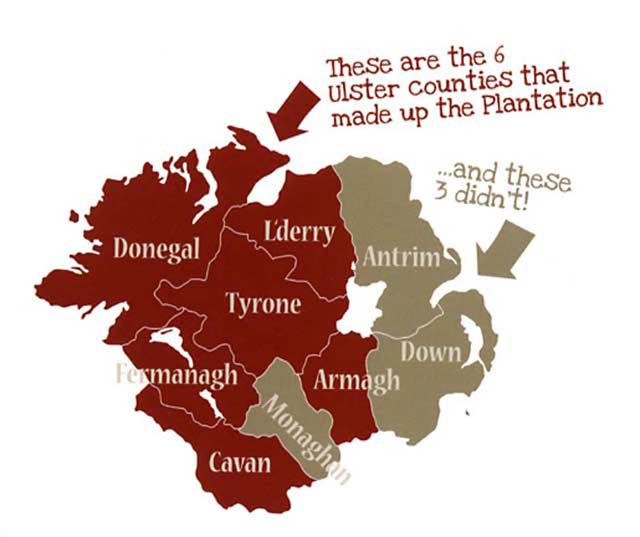 In 1609 a commission of officials escorted by an armed force toured West Ulster. They were accompanied by surveyors who drew up maps which divided the land into two types - church land and king's land. All church lands became the property of the protestant church or Trinity College, Dublin.

Each undertaker and servitor had to agree to build defences; the standard was a bawn, or stone wall surrounding a courtyard. This was sufficient for a servitor. However, an undertaker with 1,5000 acres had to build a stone house inside the bawn; a settler with 2,000 acres had to also build a defensive tower. These buildings were intended as strongholds against any likely attacks and uprisings by the disgruntled native Irish.

Previous - Lifford and Sir Richard Hansard
Next - Ullans, or Ulster-Scots