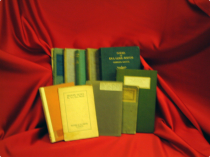 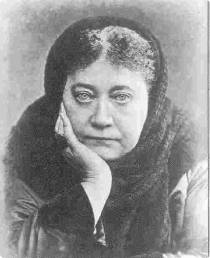 In 1901 Eva met Christabel Pankhurst and persuaded her to join the National Union of Women's Suffrage, bringing her mother Emmeline and sister Sylvia along with her. It was suggested that Eva, ironically, became the inspiration, which turned Christabel towards violent means and imprisonment in the suffrage struggle because of her exasperating mildness.

Eva became editor of the women's labour news and wrote avidly on political and social issues of the time. Even within the hierarchies of deprivation Eva found particularly maligned minorities - barmaids, flower sellers and circus acrobats to support. She not only organised for the improvement of industrial conditions and campaigned for enfranchisement of working women she also joined the Manchester education committee and formed a reading group and a dramatic society whose members were all factory women.

Despite the workload she took on, Eva continued to write poetry and plays and many articles of hers were published in literary periodicals. Her first collection, "Poems" was published in 1898. From the start of her career she displayed her two greatest literary influences; the recalled childhood folklore, full of the stuff of Celtic legend - mythological warriors, powerful women, evocative locations and ancient Irish heroism and her growing interest in the search for truth and beauty.

Her search for mystical transcendence and inner light evolved through a lifelong study of religious texts and eastern philosophy, a belief in reincarnation and membership of Madame Blavatsky's Theosophist cult. However, she found in Jesus Christ the idealisation of the human quality of love, which culminated in the writing of "The Psychological and Poetic Approach to the Study of Christ in the Fourth Gospel".

She learned Latin and Greek in order to study more rigorously manuscripts in the British museum. This discovery is expressed in "The Quest" from the 1925 collection "The Shepherd of Eternity"

Deep in that world where pale tides ebb and flow
And wild shapes wander under the vast blue,
A man once sought, beneath the shadow show,
To find himself, the living one, the true.
And first he met a gentle silver shade
And held it as it would have floated by
He cried to it "Art thou myself?" he said
"Nay, but the form of all thy dreams am I"
"Not thou, but thine" thin voices and swift gleams
Mocked at the darkness of the lonely quest,
For though he found his soul, his burning dreams,
Himself seemed always an unbidden guest
He laboured on through sorrow, toil and strife
Till in the labyrinth a strange voice said
"I am the Resurrection and the Life"
He woke at last - himself transfigured.