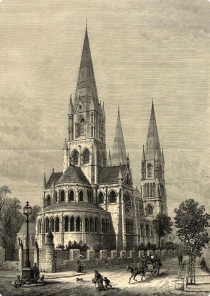 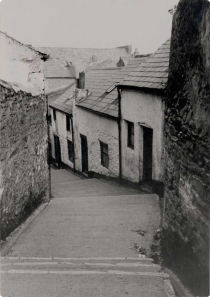 THE CELTIC MONASTERY OF CORK


The first people we know for sure that lived in Cork were the monks of the Celtic monastery. The monastery and the lands around it were on raised ground on the south-west bank of the Lee. Saint Finbarr may have founded the monastery at some time in the seventh century. So little is known for certain about Saint Finbarr that some historians think he may not have existed at all. The first mention of the monastery is in the Annals of the Four Masters for 682 which records the death of Suibne, the abbot of the monastery.

The monastery and its lands were in the area bounded to the north by Bishop Street, to the west by Saint Finbarr's Road, to the east by Keyser's Hill and to the south by the area between Dean Street and Barrack Street. The centre of the monastery would have been on the site of Saint Fin Barre's Cathedral.


The first mention of a Viking raid on the monastery at Cork is in the old Irish annals for 820. In 846 the annals record that the King of Munster attacked the Viking fort at Cork. We do not know where this fort was. Archaeological evidence shows that by the middle of the twelfth century the Vikings, who by now were called the Ostmen, had built a small town on the south island near the South Gate Bridge and on the south bank of the Lee near Cove Street.


They may also have settled along French's Quay. Near French's Quay is Keyser's Hill. The word 'keyser' is a Viking word which means 'the passage leading to the water'. There was a little harbour near Cove Street which could be used by small ships. Cove Street probably gets its name from this small harbour. Nearby was the Church of the Holy Sepulchre where the former Saint Nicholas's Church now stands. The Vikings may have built a wall around the settlement on the south island. The last leader of the Ostmen in Cork was Gilbert, son of Turgar. He was killed in a sea battle near Youghal with the Normans in 1173.

Detail from Guy's map of 1893 showing site of Celtic monastery