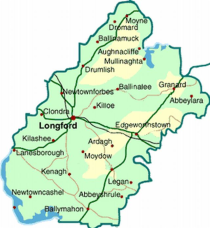 
This project aims to bring to a wider audience, certain aspects of the history and folklore of County Longford, as described in some of the main historical publications on the county.

The topography of County Longford reflects its long and varied history. In surveying the landscape, we find evidence of all periods of settlement: prehistory; the arrival of Christianity in the fifth century; the development of the Gaelic lordship of the O'Farrell clan; medieval monasticism; and the establishment of the Protestant Ascendancy. In many instances, the evidence consists of archaeological sites or ruins; in some cases, there are impressive buildings still in use; and in a few cases, there are sites with little or nothing to indicate former functions.

Under-appreciated features of the county include the islands in Lough Ree: both Inchcleraun and Saints' Island had major monastic foundations.

There is also rich folklore, some of which is alive in local communities, but parts have been recorded and are in the collection held by the Department of Irish Folklore, UCD. 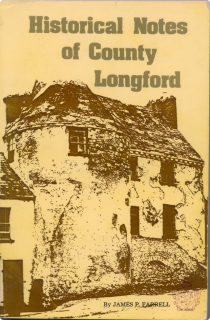 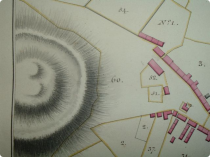 The sources used for this project are as follows:

The two works by James P. Farrell – Historical notes and stories of the county Longford (Dublin, 1886) and History of the county Longford (Dublin, 1891). Those works remain essential for all researchers with an interest in Longford. Farrell's was typical of the 'antiquarian' approach of his time, but he did assemble a large amount of information. His achievement is the more remarkable when we remember that he was only twenty-six when the second book was published!

Bishop James J. MacNamee's book, History of the diocese of Ardagh (Dublin, 1954) ranks with Farrell's books in importance. It examines many important aspects of local history including the arrival of Christianity; the medieval religious orders; the impact of the Reformation in the sixteenth century; and later developments. There is a brief account of each parish at the end of the book.

There have been two local historical societies in Longford: the Ardagh and Clonmacnois Antiquarian Society and County Longford Historical Society. The Ardagh and Clonmacnois Antiquarian Society was formed in 1921 and its members included many clergy. Editions of its journal appeared at regular intervals from 1926 to 1951 and contain essays on various subjects such as church history, important personalities, families and places. Contributors included John D'Alton, a noted antiquarian and member of the Royal Irish Academy, Dr Seán Ó Cianáin, a prodigious researcher, and Bishop MacNamee.

County Longford Historical Society was founded in 1967 and continues to make an important contribution to local history. Its journal, Teathbha, first produced in 1969, contains essays and articles of a wide selection of topics.

In addition to the above sources, the following have been used: the Down Survey map of Moydow barony (mid-1650s); Griffith's Valuation (1854) for the parish of Cashel; the Magan map of Granard town (1795); photographs from the collection held by Longford County Library; and photographs contributed by local historian, Mr Jimmy Lennon, to whom thanks is extended.