Early 19th Century and the Famine 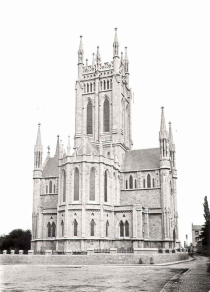 1829 Richard Sullivan and Redmond Reid became councilmen of Kilkenny Corporation, having taken 'the oath required for the relief of his majesty's Roman Catholic Subjects.'

1830 Twenty-eight catholic freemen were admitted, having taken the same oath.

1836 Redmond Reid elected mayor, the first Catholic in almost a century and a half.

1842 Daniel O'Connell holds one of his Monster Meetings at Robert's Hill, near Kenny's Well to demand Repeal of the Act of Union

1845 Failure of the potato crop leads to famine.

1847 In March Kilkenny Workhouse held 2,228 people at the height of the famine. 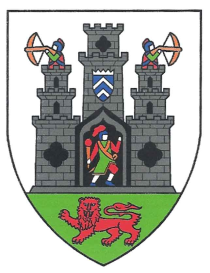 Crest of Kilkenny City and Corporation

Crest of Kilkenny City and Corporation

1848 First railway engine arrives in Kilkenny in April. In July first excursion by rail to Thomastown continues by coach and steamer.

1848 William Smith O'Brien in Kilkenny fails to get support for the Young Ireland Rising.

1848 James Stephens of Kilkenny, later founder of the Fenians, travels to Ballingarry to join Smith O'Briens rising at Ballingarry.

1848 Dr. Robert Cane, former mayor is imprisoned after the rising.

1849 On his release, Dr. Cane is elected Mayor for the second time

Previous - Cromwellian conquest and aftermath
Next - The Modern Era