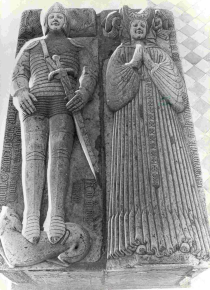 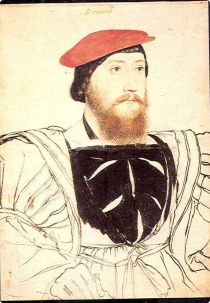 James, 9th Earl of Ormond painted by Holbien the Younger

James, 9th Earl of Ormond painted by Holbien the Younger

1394 King Richard II in Kilkenny. The Earl of Ormond, a fluent Irish speaker, is his chief adviser.

1461 James Butler, fifth Earl of Ormond is executed after the battle of Towton in England, where Edward IV defeats Henry VI and takes his place as King of England.

1461 The dead earl's brother Sir John Butler is defeated at the battle of Piltown, in South Kilkenny by the Earl of Desmond, a supporter of Edward IV. The town of Kilkenny supplied men for the Butler army and lost their rights as a result.

1466 Act of Parliament restoring the rights of Sovereign, William Archer, and to the Burgesses of Kilkenny.

1515 Thomas, 7th Earl of Ormonde dies. After his death Sir Piers Rua Butler becomes the chief power in Ormond, but does not get the title of 8th Earl until 1538

1536 Henry VIII declared Supreme Head of the Church in Ireland

1546 James 9th Earl of Ormond (Séamus Bacach) poisoned at a feast at Holborn in London.

1564 A great flood in which St. John's Bridge and Castle fell down. 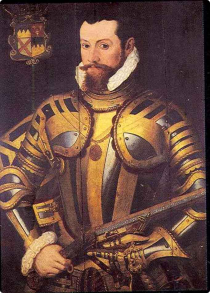 1565 Thomas 10th Earl of Ormond (Tomás Dubh) defeats the Earl of Desmond at Affane - the last 'private' battle between noblemen in Ireland. Both earls were brought to London and reprimanded, but only Desmond was imprisoned in the Tower of London.

1569 The Earl's brothers revolt against the crown. Kilkenny is besieged for some days, but survives.

1579 Earl Thomas made Lord General of the army in Munster to deal with the rebellion of he Earl of Desmond.

1582 The Shee Alnshouse in Rose Inn Street is founded by Sir Richard Shee.

Previous - The Middle Ages
Next - The Confederation Period