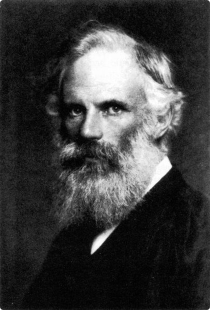 George Francis Fitzgerald was born in Dublin in 1851.

George Francis Fitzgerald was born in Dublin in 1851.

George Francis Fitzgerald was born in Dublin in 1851. He graduated from the University of Dublin in mathematics and experimental science in 1871. Ten years later he became Erasmus Smith Professor of Natural and Experimental Philosophy at Trinity College, Dublin.

Fitzgerald is perhaps most famous for the theory which bears his name, the Fitzgerald-Lorentz Contraction. When the Michelson-Morley experiment failed to prove the existence of universal ether framework, Fitzgerald put forward the explanation that a moving body contracted in the direction of its motion. Lorentz developed a mathematical basis for the theory. This theory was used as a step towards Einstein's Theory of Relativity, used an identical contraction, but abandoned the concept of ether.

Fitzgerald was a member of the Royal Irish Academy 1878, was Secretary of the Royal Dublin Society 1881-1889 and was awarded the Royal Society Medal in 1899.