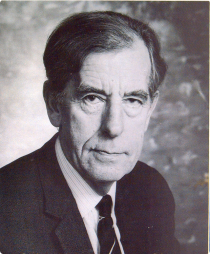 Frank Mitchell was born into a Dublin merchant family and graduated BA (Natural Sciences) from Trinity College Dublin in 1934.   As a boy he had been interested in birds and field natural history. The naturalists T H Mason and A W Stelfox encouraged his early interests in these areas.   As an undergraduate he soon realised that the various biological disciplines were somewhat compartmentalised and were more laboratory- than field-oriented. However, his first position, as an assistant to Professor Knud Jessen of Copenhagen on field studies of post-glacial sediments in Ireland , gave him scope to develop his lifetime interest in integrating the various strands of the Irish natural environment. He ignored the traditional scientific frontiers and became an internationally-recognised authority on Irish geology, early agriculture and land use, archaeology and human history. He was part-creator of the wave of environmental awareness in late 20th-century Ireland.

During his lifetime, he received many awards and distinctions. He became a Fellow of TCD in 1945. He was appointed to the personal Chair of Quaternary Studies in TCD in 1965 (the Quaternary Geological Period ran from approximately 2.3 million to 10,000 years ago). He was awarded Fellowship of the Royal Society (FRS) in 1973 and the Boyle Medal of the Royal Dublin Society 1978. He served as President of the Royal Irish Academy 1976 - 1979 and President of An Taisce 1991-1993.

Frank Mitchell wrote a series of acclaimed books on the Irish natural environment. These included The Irish Landscape (1976), The Shell Guide to Reading the Irish Landscape (1986) and The Way that I Followed (1990), the last-mentioned written as a semi-autobiography and ‘to provide a companion volume’ to Robert Lloyd Praeger’s The Way that I Went (1937). Although containing a wealth of scientific information, his books were written in an easy and engaging style for the general reader. They also served as vehicles for Professor Mitchell to expound on some of his pet ‘bees in his bonnet’.

Professor Mitchell was a frequent broadcaster on radio.   His numerous scientific papers covered such diverse topics as vegetation sequences (based on pollen-grain analyses) over the last 12,000 years, the distribution of Irish Giant Deer and Reindeer remains, lake and cave deposits, and the palynology (the study of ancient pollen and spores) of Irish raised bogs. He had an infectious enthusiasm for many branches of natural history and archaeology.   He stimulated, encouraged and facilitated his students and supervised the projects of many PhD candidates who subsequently made significant contributions to Irish science.

A commemorative plaque to Frank Mitchell has been erected in the TCD campus.