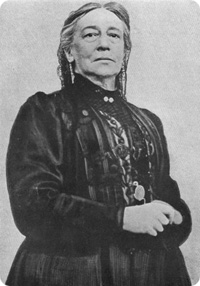 Lady Gregory of Coole Park in Galway was a writer and patron to young Irish writers at the turn of the 20th century.

Lady Gregory of Coole Park in Galway was a writer and patron to young Irish writers at the turn of the 20th century.

This volume of Gaelic Irish legends and myths collected by Lady Augusta Gregory first published in 1904 draws from The Book Of Leinster, The Annals of the Four Masters and Eugene O’Curry’s Manners and Customs of the Ancient Irish among other sources.

The book is divided into two sections, the first describing the arrival of the mythical Tuatha de Danann or ‘Children of Danu’ who arrive in Ireland and defeat the Firbolgs, a tribe who have already conquered the island. The Tuatha de Danann ask for half of Ireland but the Firbolg refuse and are then defeated in the battle of Magb Tuireadh during which Nuada, the leader of the Tuatha De Dannan loses his arm. The Tuatha De Dannan are in turn defeated by the Gaels who arrive to conquer Ireland . After their defeat the Tuatha de Danann retreat into the underworld and became the fairy folk.The final story describes the Children of Lir who are transformed into swans by a curse against their father.

The second section follows the adventures of Finn and Fianna, a band of warriors who serve the King of Ireland. When his father Cumhal, leader of the Fianna, is killed in battle by the sons of Morna, Finn is sent into hiding and grows up to become a hero. He eats the Salmon of Knowledge which gives him supernatural wisdom and kills Aillen, one of the mythical Tuatha de Danaan who burns Tara every Samhain, with a magical spear. He becomes the leader of the Fianna like his father before him. The saga includes tales of hunting and fighting and the love story of Diarmuid and Grainne.

The other legends tell of Oisin, son of Finn who falls in love with Niamh of the Golden Head and travels with her to the Country of the Young. He returns to Ireland to discover hundreds of years have passed. He falls from his horse when helping to move a stone and is transformed into an old man. St. Patrick argues with Oisin, a pagan, in an attempt to convert him to Christianity before he dies.

Previous - Ferguson: Lays Of The Red Branch
Next - Gregory: Cuchulain Of Muirthemne