After the departure of the earls, the English crown decided that the only way to keep control of Ireland would be to “plant” the confiscated lands with English farmers and landlords. The plantation of Ulster took place between 1609 and 1690 when the lands of the O’Neills, the O’Donnells and any of their friends were taken and granted to Scottish and English settlers.

Some lands were kept for building towns. There were very few towns in Ulster before the plantation. By 1611, the development of new towns such as Bangor and Belfast had begun. Some towns were built around the forts which the English had built, such as Derry, Enniskillen and Omagh. 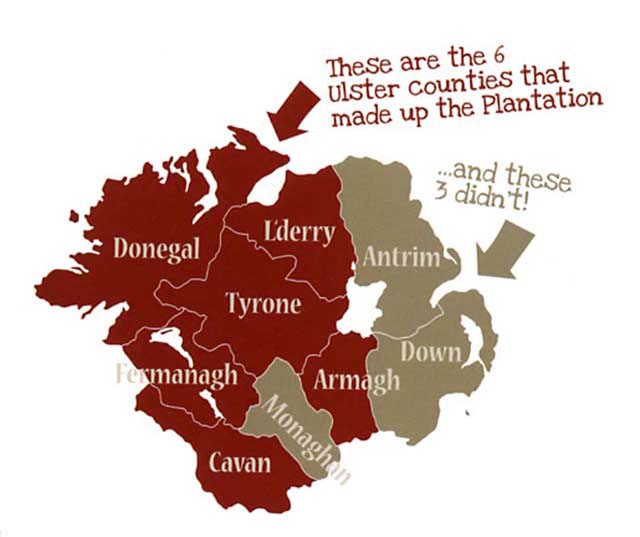 New settlers arrived in Ulster. They were English and Scottish. Many Presbyterians came from Scotland. The new settlers did not employ the poets and musicians which the Gaelic chiefs had employed. However, some of them set up private schools known as hedge schools. The Irish language began to decline after the earls departed in 1607 and English language became the language of power.