1798 Rebellion in Wexford and Ulster

One of the main places where the rebellion of 1798 occurred was in County Wexford. The Catholic peasants were led by two local priests, Father John Murphy and Father Micheal Murphy.

By May 1798 the rebels had taken over the towns of Enniscorthy and Wexford. A republic was declared but it did not last as the rebels were soon beaten back by British forces. 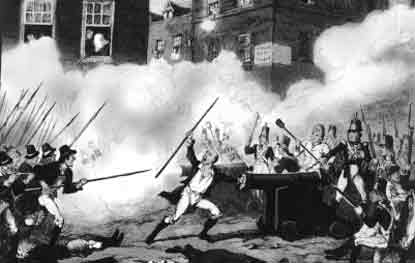 The Battle of New Ross