More help came from France but the rebels still did not win the rebellion. In August 1798, over 1,000 French soldiers landed at Killala Bay in Mayo under the command of General Humbert. At first they defeated the English forces, however folowing a lot of fighting, they later surrendered in September 1798. 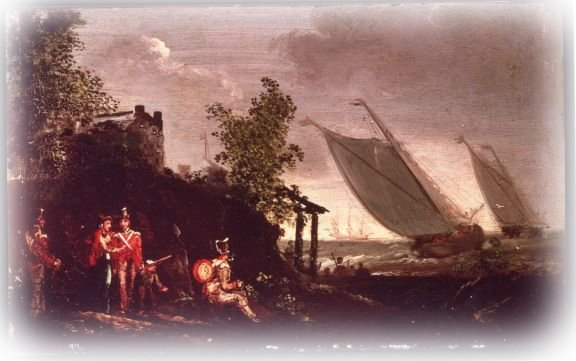 The French Landing in Killala Bay
National Library of Ireland

Another French force arrived off Tory Island in Donegal in September 1798 with Wolfe Tone on board. He was arrested and died soon afterwards in prison. The rebellion of 1798 was over. Rebels who were captured were seen as traitors to England. Large numbers of rebels were given life imprisonment sentences and transported to Botany Bay in Australia.

What happened as a result of the rising?

The British government decided to abolish the Irish Parliament in Dublin. In 1800, the Act of Union was passed and Ireland was then ruled from Westminster Parliament in London.