Adaptation Measures for the Built Environment 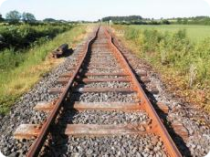 In light of both projected and observed risks relating to the impact of climate change to our built environment, several adaptation options have been put forward to reduce the vulnerability of critical infrastructure as well as increase the resilience of current and future developments.

The first statutory National Adaptation Framework (NAF) was published in early 2018, followed by the publication of Sectoral Adaptation Guidelines which provide a coherent planning cycle approach to adaptation planning in key sectors of Ireland (i.e. Agriculture, Energy, Industry & Commercial, Residential, Transport and Waste). As of September 2019, Adaptation Strategies have been developed for all sectors.

Areas considered of high risk to the impact of climate change, such as infrastructure in coastal areas, will be assessed based on current and projected future changes in climate conditions. Projected socio-economic trends are also important to consider in such planning based assessments as these aspects can affect sensitivity to climate change. Biodiversity, for example, is decreasing due to the impact of further development in the built environment. Climate change can even further exacerbate existing pressures such as these.