The Normans (which comes from 'Norsemen') were descended from Viking settlers who had settled in France. Their stronghold was in Northern France, also known as 'Normandy'. The Normans eventually conquered England and Wales in the eleventh century. They then came to Ireland, where their influence remains today. 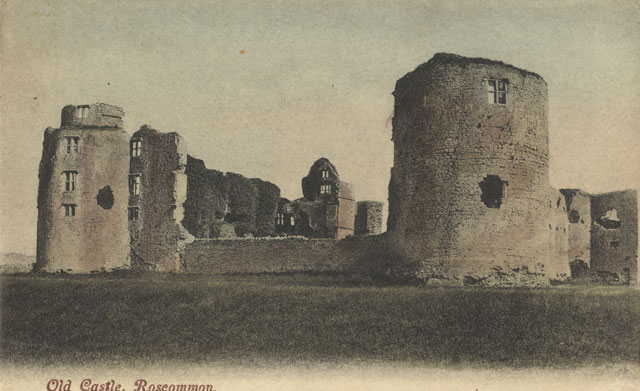 They built many castles thoughout Ireland, which helped them to conquer large tracts of land.

The above image is a postcard of the Norman Old Castle in Roscommon. The Normans built many castles like this throughout Ireland, including in Cork. This Castle was built in 1269, and was destroyed in 1691. (Image courtesy of Roscommon County Libraries)

Do you know if the Normans came to your area?