According to the most recent United Nations report titled ‘World Population Prospects 2019: Highlights’, the world's population is expected to increase by 2 billion people over the next 30 years. This will see an increase from today's 7.7  billion people to 9.7 billion by 2050. Population change in numbers, diversity and distribution can have direct impacts on the planet's resources, human societies and global/national/ local economies. It is therefore important for Governments and policy makers to take these factors into account when making decisions.

For example, the growth of working age populations can create opportunities for economic growth. This can be seen currently in sub-Saharan Africa, in parts of Asia and Latin America and the Caribbean, where recent reductions in fertility have caused populations at working ages to grow faster than other ages (between 26- 64 years). This, in turn, creates a larger work force allowing for accelerated economic growth. Governments in these locations therefore need to make choices around education and health to improve and sustain economic growth while ensuring the wellbeing of these workers (United Nations, 2019).

The conditions of peoples environments, economies and their access to basic needs also determines a countries population size, distribution and diversity. Some of these conditions can change due to unforeseen significant events. For example, the economic recession that hit many countries worldwide had a direct impact on Ireland's population at working ages, as many young people left overseas to pursue careers that they could not obtain at home. Huge cuts in the healthcare system at this time (2008) still have an impact on the decision doctors make today in emigrating abroad to places like Australia, where they are assured a viable and stable career. This however, means that patient care in Ireland is suffering badly as the country now largely depends on internationally trained doctors, making the healthcare system highly unsustainable (Irish Medical Organisation, 2019). The Government needs to look at all the factors involved to take policy steps that will take pressure off and ensure the improvement of the current healthcare system. 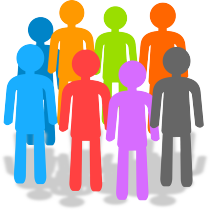 The term Demographics refers to statistical data that describes the population and the specific groups within it. It is the study of population based on factors that include age, race and sex etc. In Ireland the Central Statistics Office produces data on national demographics. These statistics are obtained through the National Census. This is a detailed account of every person living in the State on a particular date, including people that are not residents. The most recent census was carried out on the 24th of April 2016.