Ireland has several different streams of dance tradition. None of them are very ancient; nothing exists earlier than the eighteenth century. They are of two basic kinds- social dances and solo dances. 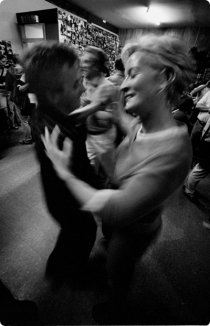 The solo dances are the creation of the Dancing Masters who flourished in the eighteenth and nineteenth centuries, and lingered into the twentieth. They include pieces of varying degrees of complexity, with items ranging from those suitable for beginners to those that can only be tackled by accomplished performers. Although a single dancer can perform them, these dances were usually employed in a social context, as a dancer's 'turn' or in the context of a couple dancing together.

The post-Famine period saw a decline of interest in this art and by the end of the nineteenth century there was serious concern among national/cultural bodies that it might disappear. In 1897 the Gaelic League in London, seeking some light entertainment to leaven their language-focussed gatherings, engaged Patrick Reidy, a Kerry dancing master resident in the city, to teach their members the figure dances that he knew from his native county. This practice quickly spread to Irish branches of the League and out into Irish nationalist society generally. It led to the founding of an organisation to codify and regulate Irish dancing- An Coimisiúin le Rincí Gaelacha.

From these beginnings grew the present international industry in "Irish dancing" (and its most recent offshoot- Riverdance). This form of dancing is now rarely seen in a social context. If seen at all in public it is usually in the form of performance pieces included in a cabaret or show. The main activity consists of dance schools and competitive events, with huge numbers of youngsters taking part, from countries around the world. Before the recently-established outlets in Riverdance-style shows few of the dancers involved in this scene seemed to retain an interest into adulthood, beyond perhaps ensuring that their children in turn went through the system. For females, the donning of wigs and ever-more elaborately decorated costumes seem to be indispensable aspects of performance. Dancing a half set

Dancing a half set

One outcome of the activities of the Gaelic League was the creation of new group dances- now known as "céilí dances"- on the model of the quadrilles, which were discarded as being non-Irish and therefore unacceptable. Among the motivated, nationally minded sectors of Irish life these dances became quite popular, and a highly disciplined style, derived from that taught to solo dancers, became established as the standard mode for their performance. However the older social dances- the imported quadrilles and native dances made on their pattern- never quite went away. In the decades after their 'banishment', in isolated pockets throughout the country, they diversified and adapted to Irish music. With their re-emergence in the 1970s and 1980s, they experienced an enormous resurgence in popularity. Now known as set dances (set = 'suite' as opposed to 'prescribed'), there are over one hundred different forms, including variants. Enthusiasts can enjoy them on a weekly, if not nightly, basis in every part of Ireland, and there are groups dedicated to their performance in very many centres outside Ireland and indeed outside the usual Irish centres abroad.

Older styles of solo dancing have also experienced a comeback. The form that was the basis of the 'dance-school' style survived in the hands of a small number of dancers and is now attracting renewed interest. Other regional styles and repertoires, forgotten in the revival of a century ago, are also resurgent. Chief among these is Conamara 'sean-nós' dancing, a form in which a solo dancer improvises routines from a common repertoire of steps. It is usually performed to reels.