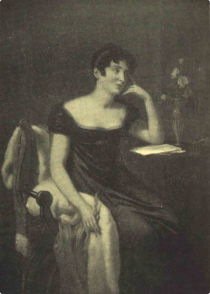 Catherine Jane Hamilton was born in England. Both her parents were Irish, and after her father’s death in 1859, she moved to Ireland where she lived for over thirty years before returning to England. While in Ireland, she was a regular contributor to “The Weekly Irish Times” and “ Ireland’s Own”.

The biographies had originally been printed as a series before being collected for publication in this volume. Some other well known women included in this volume are Maria Edgeworth, Lady Dufferin, and Lady Wilde. The book is dedicated to the Countess of Dudley, wife of Lord Dudley who served as Governor to Australia.

Previous - Gwynn: The Life Of John Redmond
Next - Kelly: Reminiscences