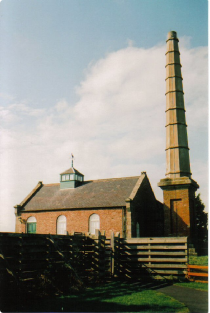 Photograph of the pumphouse building on the Wexford North Slob

Photograph of the pumphouse building on the Wexford North Slob

"This amazing spectacle of these birds of the cold wind, just has to be experienced on the North Slob by the young and not so young, every winter." ©

Situated on the North Slob, Ireland's premier wildfowl reserve, covers 550 acres, and is located at the western end of the 2,400 acres of 'polder land' claimed from the sea in 1847. At that time a high sea wall was built across the north side of Wexford harbour, making full use of islands situated in the northern half of the bay. From Wexford Town, towering above the long, low sea wall, the tall chimney stack of the North Slob Pumphouse (built to control and maintain water levels on the slob), clearly marks the location of the reserve centre's main entrance.

The Wexford Slobs and Harbour are, by their very nature, immensely attractive to wildfowl and waders and are internationally famous for the wintering flock of 8,000 Greenland White-fronted Geese and the wintering flocks of Brent Geese, Wigeon and Bar-tailed Godwits.

A further five species of duck and ten species of wader are also recorded in nationally important numbers during the winter. To date in excess of 260 species have now been recorded in the locality. The attraction of the site is not just for the wide diversity of species but more for the shear quantities of birds present through the winter. 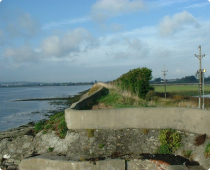 Photograph of the slob wall protecting the low land from the sea.

Photograph of the slob wall protecting the low land from the sea.

The original 270 acres of reserve lands were purchased by the Department of Lands and The Irish Wildbird Conservancy (BirdWatch Ireland), with additional funding, provided by the World Wildlife Fund (now Worldwide Fund for Nature) and Messer's Arthur Guinness, on 20th October 1968.


Work on the Wexford Wildfowl Reserve commenced with the Reserve being officially opened by Mr. Tom Fitzpatrick T.D. Minister for Lands, on 15th February 1974. Two additional land purchases have taken place since the original reserve was established.

Photograph of the new reserve building and offices on the North Slob in Wexford.