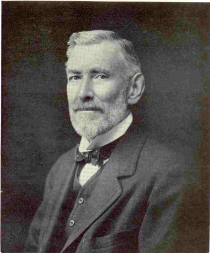 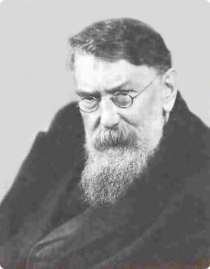 George Russel-ae
copyright Sligo County Library
The family lived through and assisted their tenants during a famine in 1879-80 giving out free food to all and administering to the sick, the squalor of which experience must have had a momentous effect on girls of ten and twelve. Also modernists and reformers such as Horace Plunkett and George Russell introduced into Irish life controversial new ideas such as rural co-operatives, which were enthusiastically adopted by the more radical landlords, but again left women on the periphery or in the drawing room.

Eva's brother Josslyn Gore-Booth was a follower of the movement and started the Drumcliffe Dairy Society in 1895 and the Sligo Manufacturing Society in 1902. Josslyn was also the first landlord in Ireland to sell his land to his tenants after the 1903 Land Act. Yeats mentions that Josslyn seemed tortured by the dichotomy between his wealth and his tenants' poverty and Eva obviously shared this feeling of responsibility to the less fortunate.

Perhaps because of her lifelong poor health, Eva, at any rate always a pacifist became more interested in human rights and economic and social issues, while her more robust sister became militarily involved in the national struggle. Eva's poem " The Land to the Landlord" is a forthright attack on the class to which her father belonged.

The Land to the Landlord

You hug to your soul a handful of dust
And you think the round world your sacred trust
But the sun shines and the wind blows
And nobody cares and nobody knows
O the bracken waves and the foxgloves flame
And none of them has heard your name
Near and dear is the curlew's cry
You are merely a stranger walking by
Sheer up through the shadows the mountain towers
And dreams wander free in this world of ours -
Though you may turn the grass to gold
The twilight has left you out in the cold
Though you are king of the rose and the wheat
Not for you, not for you is the bog-myrtle sweet
Though you are lord of the long grass
The hemlock bows not her head as you pass
The poppies would flutter amongst the corn
Even if you had never been born
With your will or without your will
The ragweed can wander over the hill
Down there in the bog where the plovers call
You are but an outcast after all
Over your head the sky gleams blue
Not a cloud or a star belongs to you 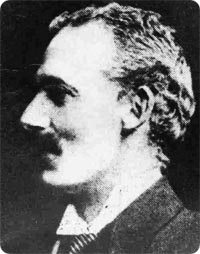 There is one thing I know
About life, and thought and art
That my soul did not grow
Out of my mother's heart
To the Wise and the Unwise
Life is a secret still
But my spirit did not arise
Out of my mother's will
Our dreams are weak and wild
And nothing is made plain
But my soul is not the child
Of my mother's brain
Behold this muddy star
Knows the laws of mine and thine
But the soul dwells afar
Child of the Light Divine
These things I know because
In Life and Thought and Art
The soul obeys strange laws
That break the heart