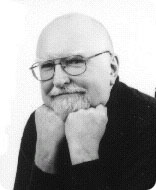 Herbie Brennan A professional writer whose work has appeared in more than fifty countries, Herbie Brennan is enjoyed by children and adults alike — sales of his books already exceed 7.5 million copies.

Herbie Brennan A professional writer whose work has appeared in more than fifty countries, Herbie Brennan is enjoyed by children and adults alike — sales of his books already exceed 7.5 million copies.

A professional writer whose work has appeared in more than fifty countries, Herbie Brennan is enjoyed by children and adults alike — sales of his books already exceed 7.5 million copies.

Herbie has an well-established career writing for the children's market — from zany picture books to teenage fiction and from game books to school curriculum non-fiction. His keen eye for novelty, both in technology and market development, made him among the very first writers to create adventure gamebooks and his GrailQuest series was an international bestseller.

His teenage novel, Faerie Wars, also rocketed to international success, achieving best-seller status in more than 20 overseas editions, was voted No 1 Top Ten Teenage Pick in the United States and was listed as a New York Times Best Seller title.

Equally prolific in the adult market, Herbie has a powerful reputation for challenging conventional assumptions with penetrating intelligence and a clear, easy style. This is reflected in his interests, which range from transpersonal psychology, spirituality, reincarnation and psychical research to comparative religion and quantum physics. His reappraisal of ancient history has stirred lively debate on TV and radio as well as in the Press. He broadcasts and lectures regularly throughout the UK and Ireland.

Herbie became interested in mysticism as a child and was studying books on the subject virtually from the time he was able to read. He found himself pursuing several unorthodox lines of research, including hypnosis, and actually hypnotised his first subject — a school friend — at the age of nine!

He began a journalistic career at eighteen and at twenty-four became the youngest newspaper editor in his native Ireland. His early career path included magazine work, hypnotherapy, counselling, advertising and marketing.

His first book, Astral Doorways, an exploration of out-of-body experience, became a specialist best-seller and went on to become a classic in its field — it is still in print some thirty-five years on.

In his mid twenties, Herbie published his first novel, an historical romance brought out by Doubleday in New York. At the age of thirty he decided to devote most of his time to writing and has since gone on to produce more than 100 books, many of them international best-sellers.

Herbie lives in an old County Carlow rectory with his wife the author, painter, therapist and crystal expert Jacquie Burgess.