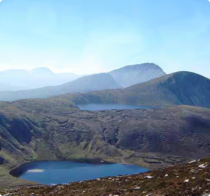 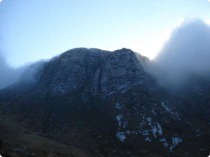 Mount Errigal the highest mountain in Co. Donegal, which stands in the north-west of the county at 2,467 ft. The mountain dominates the landscape, and from a distance it has a distinctive white appearance. This is due to the amount of scree on its slopes. From the top of Mount Errigal , there are excellent views of the Poison Glen, Glenveagh National Park and even Tory Island on a clear day.

Slieve League is another well-known mountain in Donegal and boasts the second highest sea-cliffs in Ireland . The highest sea-cliffs are found at Croaghaun on Achill Island . It reaches almost 2,000 ft. tall and the summit can be reached all a ridge known as the ‘One-Man’s Path’. The cliffs at Slieve League are magnificent shades of red and amber at sunset.

The Bluestack Mountain Range in South Donegal acts as a considerable divide between the north and south Donegal. Muckish Mountain (2,198 ft.) and Sleeve Sneachta (2,018 ft.) are among the other mountains of Co. Donegal. 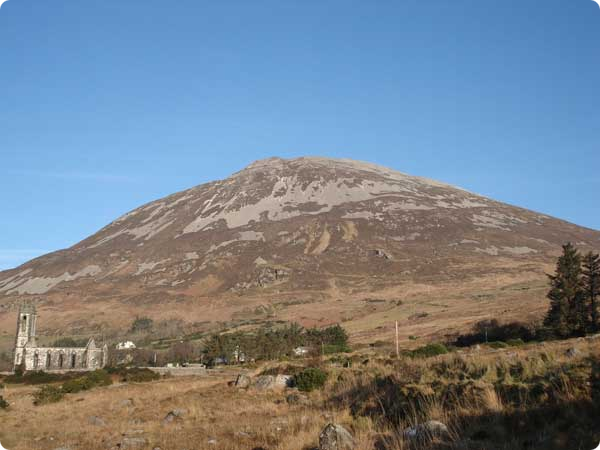 Previous - Islands
Next - The Inishowen Peninsula