Belvedere House and gardens are ideally located overlooking Lough Ennell. The whole estate covers an area of 160 acres and was originally home to the Earl of Belvedere, Robert Rochfort. 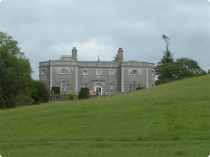 A small rural villa by Richard Castle for the Earl of Belvedere on the shores of Lough Ennell.

A small rural villa by Richard Castle for the Earl of Belvedere on the shores of Lough Ennell.

The grounds of the Belvedere Estate include spectacular gardens that are dominated by the Victorian Walled Garden. This was designed by Ninian Nevin in 1857 and is teaming with life from the old rose garden and herbaceous borders, to the herb and vegetable plots. It is also home to some of the finest specimens of exotic, unusual trees including a large magnolia and tulip species.

Tullynally Castle is one of the largest in Ireland and has been home to the Pakenham family since the 17th century. Its present occupants, Thomas Pakenham and his wife Valerie, are enthusiastic gardeners and have continued developing the extensive garden legacy of Tullynally. 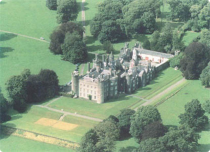 Tullynally Castle in County Westmeath has been home to the Pakenham Family for over 300 years.

Tullynally Castle in County Westmeath has been home to the Pakenham Family for over 300 years.

The original gardens were designed in the 18th century but weren’t properly developed until about 100 years later. There has been a mixture of designs throughout Tullynally’s history, starting with the Baroque style of cascades, canals, and trees all laid out in formal structures. Following from this was a more romantic style as landscaping was introduced together with a serpentine waterway known as the “River Sham”. Georgian greenhouses appeared later, with a walled garden and rose walk.

The recent addition of an arboretum has been developed by Thomas Pakenham, who is a founder member of The Irish Tree Society. The arboretum contains forty-three varieties of acer, magnolias, and a handkerchief tree. He has also created a Tibetan and Chinese garden from plants that were propagated from seed he collected on a plant hunting expedition to the Yunan, China.

The kitchen garden at Tullynally is one of the largest in Ireland. There were also two hothouses in this garden that were used to grow peaches and grapes.