An aerial photograph of Cork harbour showing some industrial sites, including the location of the old Ford factory.

An aerial photograph of Cork harbour showing some industrial sites, including the location of the old Ford factory.

Cork Harbour is located close to the city. It is a large, sheltered harbour with many river estuaries including the Rivers Owenacurra, Douglas and Lee. In 2000, Cork Harbour was designated as a Special Protected Area (SPA) because of its ornithological significance. 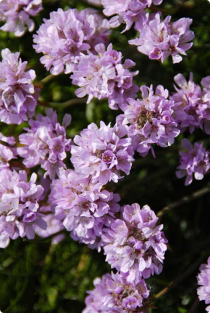 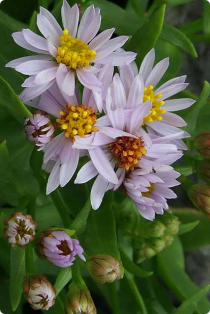 The extensive mudflats and salt marshes around Lough Mahon and the Douglas Estuary shelter wildlife habitats that are of national importance, as well as associated flora and fauna. There are many species of Green Alga, as well as Cordgrass, Sea Puslane, Sea Aster, Thrift, Sea Lavender, Mayweed, and Sea Arrowgrass.

Cork Harbour provides shelter for over 20,000 for wintering waterfowl. Shelduck is the most common species of duck, accounting for 9.6% of the national total. There are also large populations of Teal and Wigeon at the Great Island Channel, which is a Special Conservation Area (SAC). Dunlin, Curlew, Cormorant, Great Crested Grebe, Lapwing and Greenshank are some of the bird species of national importance that inhabit the Cork Harbour area. The harbour also supports an internationally important population of Redshank.

The wigeon (Anas Penelope) is a medium sized duck with a round head and a small bill. Male widgons have a grey body, pink breast, chestnut neck and head with a yellow forecrown. In flight, birds have white bellies and males have a large white wing patch. Birds overwinter in Ireland, escaping the harsh weather of their summer grounds in Iceland, Scandaniva and Russia. In Ireland and the UK widgeons roost on estuaries, coastal marshes and lowland lakes. Widgeons eat aquatic plants, grasses and roots and produce 9 eggs generally. Theses eggs are incubated for 3 and a half weeks, and once hatched are immediately brought to water. Chicks fly after 45 days. Although not under immediate threat, due to loss of its habitat here, widgeons have been placed in the amber list of bird species of conservation concern.

The lapwing is a member of the family Charadriidae and is related to the plover. It is sometimes known as a ‘peewit’, echoing the sound of its call. There are some resident lapwings in Ireland, but the population is largest during the winter months when visitors arrive from western and central Europe. The lapwing is listed on the Red Data Book as a vulnerable species.

The Curlew (Numenius arquata) is the largest wading bird in the Europe. It is very widespread, with its range extending east to the Urals and from Scandinavia and Russia in the north. It is easily recognisable by its long curved bill, brown upper plumage and long legs. There has been a decline in its population across Europe which may be due to agricultural intensification. It is resident in Ireland throughout the year. It breeds in damp pastures and meadows, boglands in and some lowlands agricultural areas. Curlews generally winter in coastal areas in Britain, but in Ireland they over winter in inland areas as well. Curlews use their long bills to hunt out worms, shellfish and shrimps in coastal muddy areas. Curlews are among the red list species of conservation concern in Ireland as specified by Birdwatch Ireland and RSPB Northern Ireland.