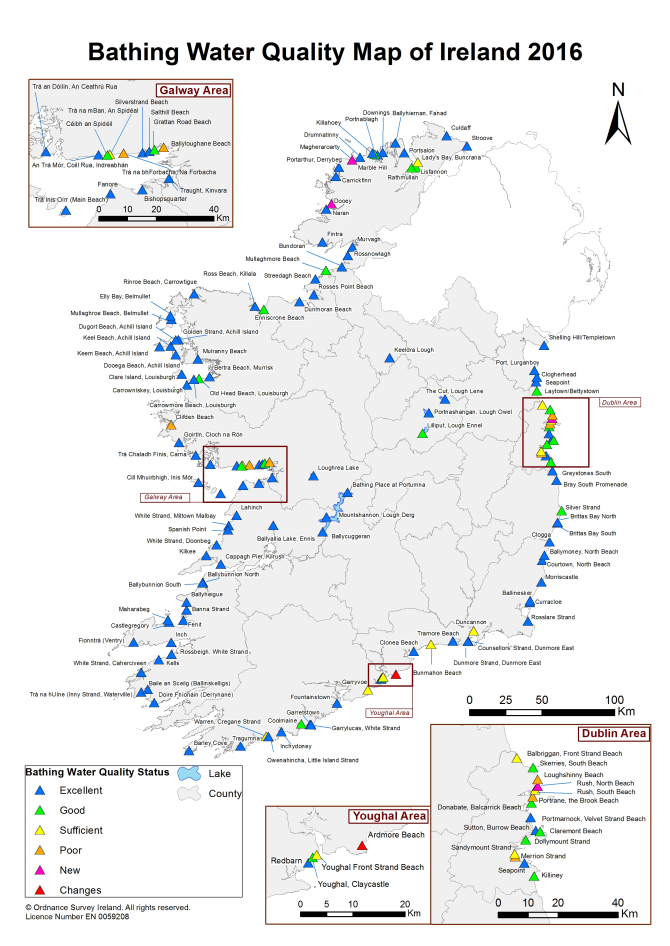 The drinking water that flows from our taps is drawn from rivers, lakes and groundwater and undergoes varying amounts of treatment to ensure that it is safe to drink.  For most people who live in urban areas the water is supplied by the local authority following extensive treatment, smaller communities use private schemes while single houses in rural areas tend to rely on groundwater wells with no water treatment at all. 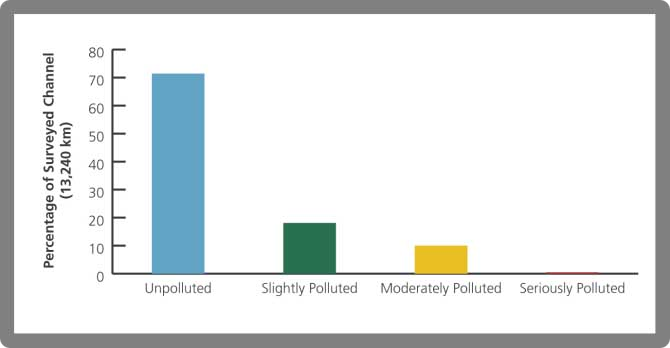 The vulnerability of our surface and groundwater to pollution is reflected in the relatively high level of pollution of our drinking water supplies.  In 2006 coliform bacteria (an indicator of faecal pollution) was detected in 77 of the 944 public supplies monitored while the private supplies were much worse with 246 of  688 supplies showing evidence of contamination.  In early 2007 the water supply for Galway city was contaminated by the Cryptosporidium parasite and this caused widespread illness among consumers with serious risks to some of the population.  The discharge of sewage to waters and the spreading of animal manures on land are the principal risks to the quality of drinking water in Ireland .