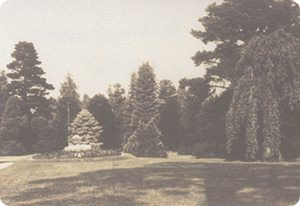 The peaceful and relaxing natural environment of Woodstock Gardens and Arboretum is located in the south east of Co. Kilkenny, overlooking the River Nore Valley. The gardens are in the grounds of Woodstock House, which was originally built in 1745-47 for Sir William Fownes. It was burnt in 1922 following occupation by the Black and Tans. The house is now in a much dilapidated state, particularly following the collapse of the front facade in 2001, although there is proposed conservation work for the house. 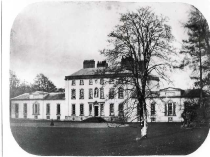 Photograph of Woodstock House and Wings in Inistioge, County Kilkenny

Photograph of Woodstock House and Wings in Inistioge, County Kilkenny

The Woodstock Gardens were developed in the mid-1800s under the supervision of Lady Louisa Tighe nee Lennox and the head gardener, first Pierce Butler and later Charles McDonald. Woodstock is well known for its variety of formal and informal gardens, yew tree walk and the beautiful rose garden. Particularly striking are two long, elegant avenues – the Monkey Puzzle Avenue and Noble Fir Avenue. There are a number of unusual trees at Woodstock that originally arrived from Asia and South America. Some are of such a considerable size they are regarded as champion trees. Two examples include a Himalayan Hemlock and a Coast Redwood (native to California).

Kilkenny County Council is currently working to restore the gardens as close to gardens typical of the late 1800s as possible. Part of this project has included building a summer house (using materials from the gardens) and replacing a fountain that had stood in the gardens until 1930.

There is lots more information on Woodstock Estate in our Flora and Fauna section.

Digital photograph of the foliage of a Lantern tree taken at Woodstock Estate, Inistioge, County Kilkenny

Digital Photograph of a Monkey Puzzle