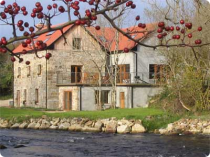 Co. Leitrim is home to some of Ireland’s best fishing rivers.

One of the earliest rivers in Ireland to produce the first salmon of the season is the Drowes, a river of just five miles long between Lough Melvin and Tullaghan. The Drowes is also popular for Brown Trout fishing.

The Bonet River, which rises in Glenade Lough, is another of Co. Leitrim’s rivers that is famous for salmon and Brout Trout fishing.

Perhaps the best known river in Co. Leitrim is the Shannon, Ireland’s largest river. It rises at the Shannon Pot in the Cuilcagh Mountains, Co. Cavan and flows through many Leitrim towns, such as Carrick-on-Shannon, on its route towards the sea at Limerick City.

The Rinn River is about 9 miles long, flowing from Lough Rinn in Co. Leitrim to Lough Forbes, Co. Longford. Although it is a relatively short, the Rinn River and its surrounds form an important national wildlife asset and are protected as a Natural Heritage Area (NHA).

Stretches of callows (undrained river meadows) and wet grasslands run alongside the Rinn River, while a small area of dry raised bog occurs at Bellageeher. These habitats support a strong and varied wildlife community, from grass species such as Meadow Foxtail and Rye-grass to wildflowers of Marsh-marigolds, Creeping-buttercup and various sedges. Common bog species occur at Bellageeher, including Ling Heather, Bog-rosemary, and Hare’s-tail Cottongrass. 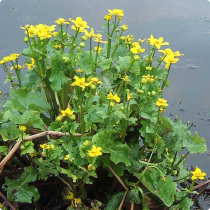 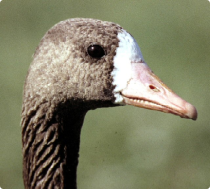 The NHA of the Rinn River supports an important population of wintering Greenland White-fronted Geese. The wetlands provide nesting sites and the birds often forage in the bog areas. These wildfowl are particularly important as roughly 50% of their world population spend the winter in Ireland.

Other notable bird species around the Rinn River include the Whooper Swan, wigeon, pochard, curlew and lapwing.