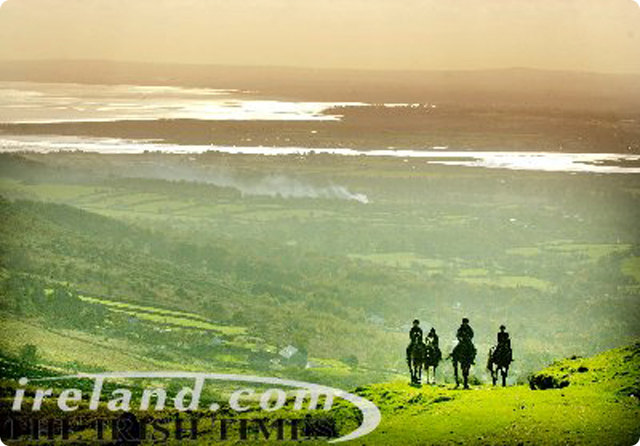 The underlying geology of Louth is mainly comprised of sandy and shaley rocks. These were deposited during the Silurian Period and are part of the Longford-Down massif. The bedrock of other areas of Louth consists of Carboniferous limestone, which continues to extend into the midlands.

Almost the entire area between Dundalk Bay and Carlingford Lough is covered with mountains. This area is known as the Cooley Peninsula and the mountains are often referred to as the Cooley Mountains. They are granite-based, and are a continuation of the Armagh Mountains. The highest mountain in the range is Carlingford Mountain at 1,935 ft, followed by Clermont Carn at 1,674 ft.

To the southern part of Louth runs a low-lying ridge of hills, known as the Oriel Hills, which stretch from the coastal village of Clogherhead to Collon and across the county border into the heart of Co. Meath. The area of Louth that spans between the Oriel Hills to the south and the Cooley Peninsula to the north is very flat. This land is mainly used for agricultural purposes.