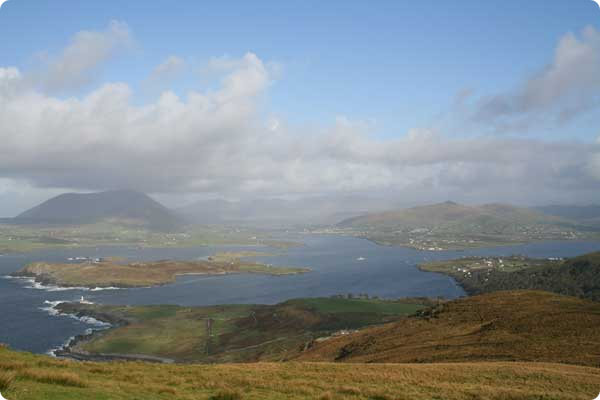 Valentia Island lies off the Iveragh Peninsula in the southwest of Kerry. It has a population of over 600 people and is connected to the mainland by a bridge at Portmagee. The peaceful, relaxed atmosphere together with the island’s long history attracts many visitors. 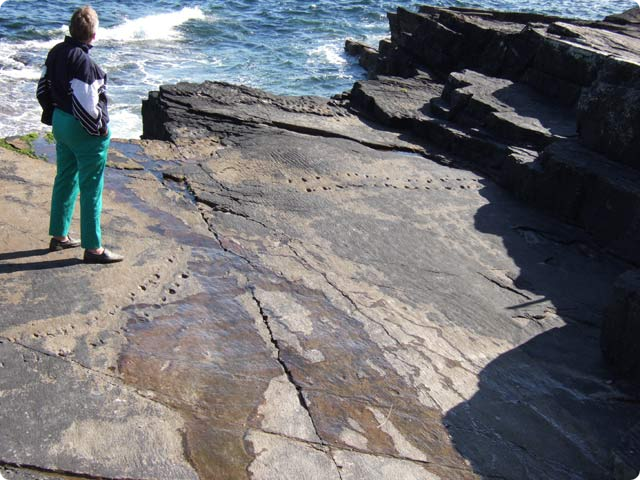 Of particular note on Valentia Island is a set of tracks made by a four legged amphibian known as a tetrapod. These tetrapod tracks were made over 350 million years ago at a time when Ireland lay south of the equator. It is one of the earliest records of tetrapods in the world, making Valentia a valuable geological heritage site.

Valentia Island was also the location of the eastern terminal of the first commercially viable transatlantic telegraph cable.

Glanleam House is one of the most popular attractions on the island. It is famous for its sub-tropical gardens that are protected from the harsh Atlantic winds by shelterbelts. This allows the vegetation to flourish in one of the mildest microclimate of Ireland.

The gardens were created by the 19th Knight of Kerry during the 19th century. They spread across 40 acres, flourishing with plants from all around the world and in particular those native to Australasia. Bamboo forests, myrtles, groves of tree ferns (including Kilkenny fern and Chain fern varieties) are complemented with splashed of colour from bluebells, camellias and many more wildflowers.